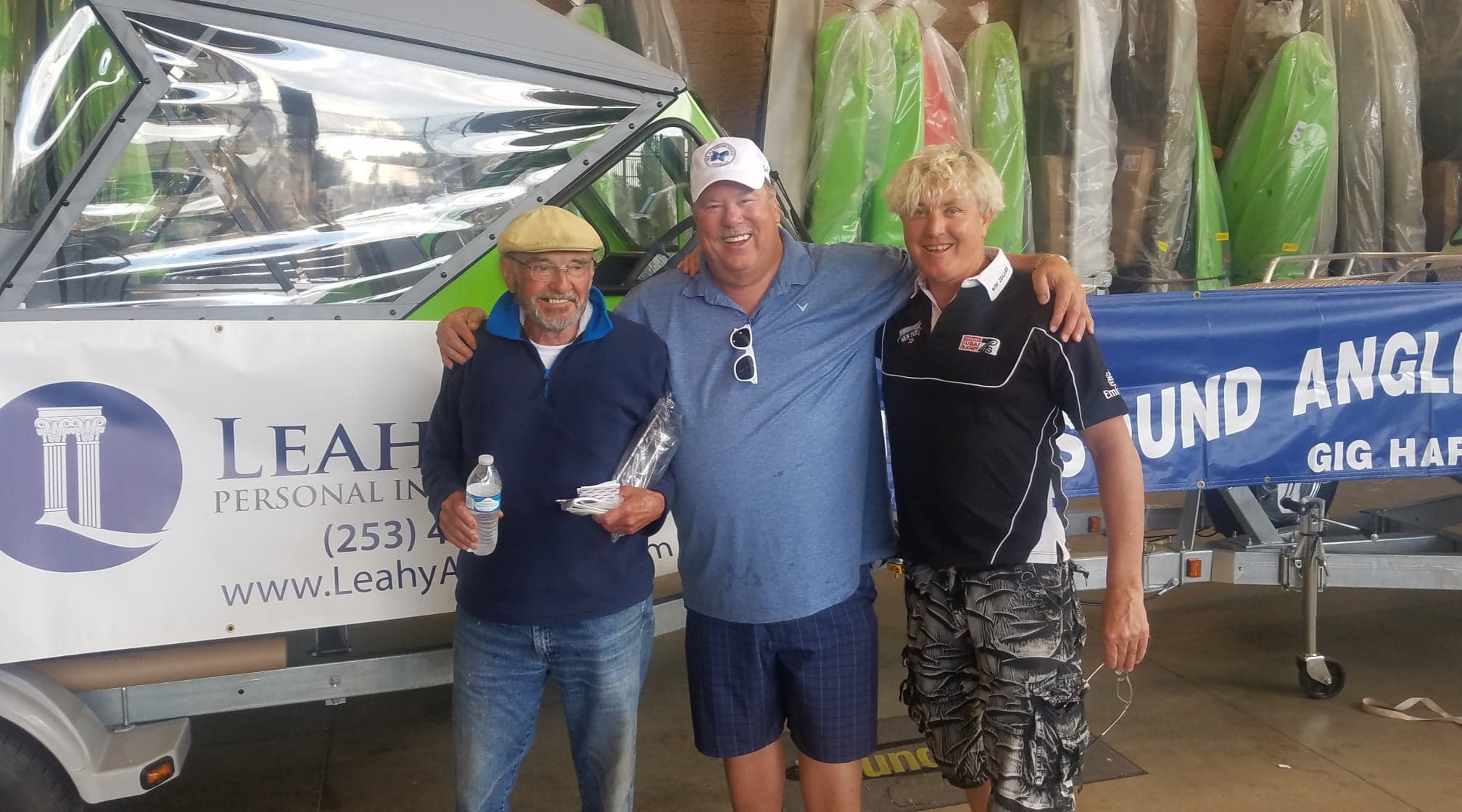 Leahy Law was proud to be a sponsor of the Puget Sound Anglers of Gig Harbor / Tacoma 23rd Annual Salmon Derby. It was a great day of “true fishing weather” as the lucky fishermen, Pat Leahy included (also past Puget Sound Angler Chapter President), braved the rain showers in hopes of catching a prize-winning salmon and, in turn, the $2,500 first place award.  This year the awards ceremony kicked-off at Bass Pro Shop, in a private area next to the boat sales, and the first place honors went to Jeff Lester with a fish weighing 15.63 pounds. The Leahy Law 3rd place winner was Jim Webster (see picture) with a fish weighing 14.55 pounds. Even though no team members from Leahy Law made it to the podium, most of the competing anglers cashed in on prizes donated by the many sponsors: 7 Seas Brewery, Southworth Marine Service, Salt Patrol, and Lowrance, to name a few. Leahy Law would like to thank the many anglers that had a blast fishing the Puget Sound. We will see you next year! 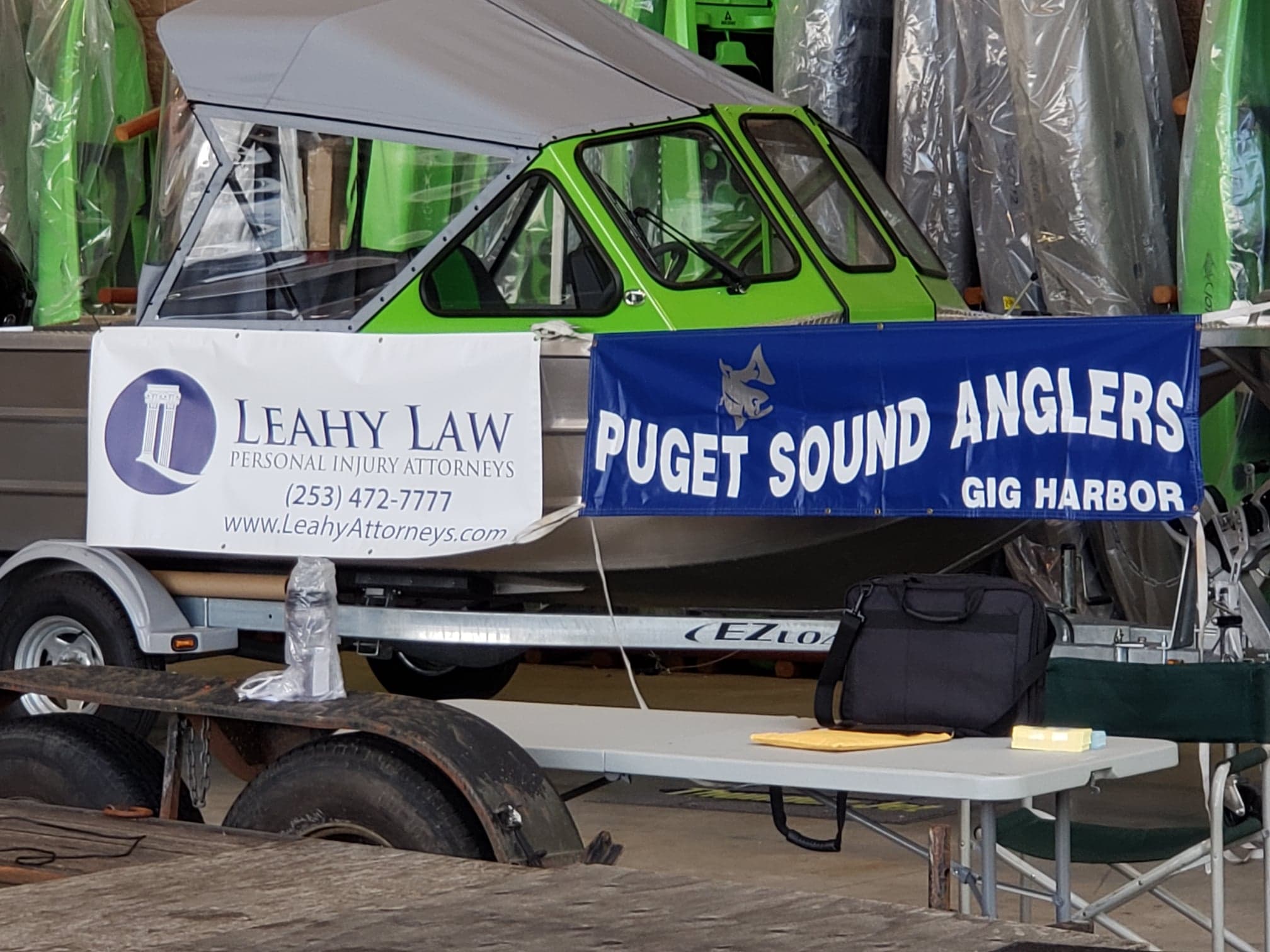