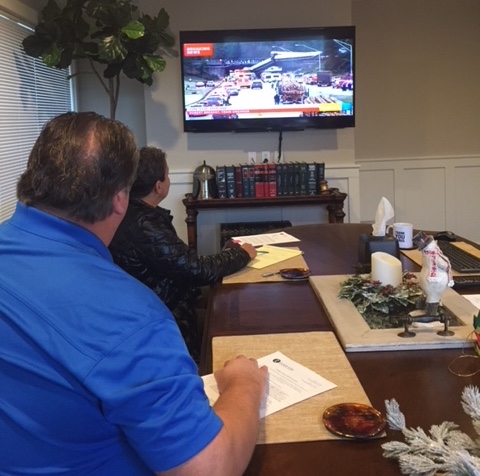 Sadly, on December 18, 2018 an Amtrak passenger train on its first trip on a new service route derailed near DuPont, Washington. This derailment occurred on an overpass over Interstate 5 – spilling several train cars onto the roadway – killing several people and injuring more. This train crash happened just miles from our office in Tacoma, WA. Unfortunately, this incident is familiar to the Amtrak passenger train derailment in Philadelphia which left 8 dead and 200 injured in 2015.

Assistance for Families Affected By the Amtrak Accident

At Leahy Law we work tirelessly to help victims and their families with such disasters and help supply answers. Victims need to know why such an event happened. Time is of the essence to preserve evidence in such cases. We need to gather the raw data from the train’s black box. This was crucial evidence in the Philadelphia train crash to show that the train operator was traveling at 106 miles per hour around a turn, over 50 miles per hour faster than allowed by law. Interviewing witnesses is required to gather the truth for victims – was the train operator distracted by radio conversations between train operators? Did Amtrak take proper reasonable steps to guard against harm by installing necessary equipment such as an automatic train control? In addition to our own investigation the federal government will conduct investigation through the National Transportation Safety Board (NTSB) which will aid in preserving evidence and guarding against later inconsistent statements.

Train crash cases are unlike car crashes because of the involvement of multiple responsible parties, different laws, standards, and statute of limitations. Potential train accident victims include: train passengers, bystanders and pedestrians, drivers and passengers of other vehicles, and others. Different type of train accidents include: derailments, train on train collisions, train to car collisions, and railroad crossing collisions. Common factors of such train accidents include: defective signals or gates, trains failing to sound their horn, tracks obstructed by debris, objections hanging from the train, faulty tracks, faulty equipment or not installing proper equipment, too much cargo weight, excessive speed, and other unreasonable actions or inactions.

In general, public transportation companies are required to pay for the harm they have caused to the public; payment for such items as medical bills, lost wages, pain and suffering, and other losses to victims. Congress as set a cap of $295 million to cover all type of damages to victims which rarely is enough to cover the damage done in such a catastrophic event as a train crash. That is why it’s very important to have a team on your side to locate all available sources of recovery for you and your family. Having to pay for medical care for the rest of a victim’s life can easily costs millions of dollars. The company responsible for the train accident will be aggressive in working to minimize the settlement owed to the injured victims. Our passion at Leahy Law is to maximize what is due to our clients. We are the fighter in our client’s corner going against large corporations and government.

Mass transit accidents are chaotic. Knowing what to do and what not to do are of equal importance. At Leahy Law we take all the worry from our clients and their families as we pursue their wishes and let them focus on the grieving and healing process.